Graduation of The 30 Students of Mesrobian Technical College 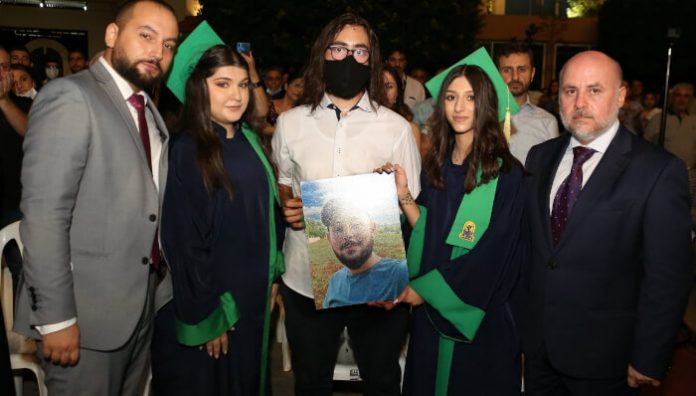 At the end of the second scholastic year full of worries and many difficulties, 30 students of the Armenian Catholic Mesrobian Technical College graduated on August 6th 2021, during a ceremony that took place separately from that of the Secondary students’ graduation, due to the unusual situation caused by the pandemic.

This year’s harvest was named after the late BT graduate Nerses Nersessian, who unfortunately passed away on June 19th, after a prolonged illness. Three days before his death, the Principal, Mr. Gregoire Kaloust, had visited him and granted him his diploma.

In his address to the graduates, Mr. Kaloust exhorted them to always put on the armor of will, determination and spiritual courage with which the late Nerses faced a relentless illness and fought against it till the end. He encouraged them not to give in to the difficulties of life, especially during these critical times we are living and to remain steadfast in their Faith as the key to overcoming all hardships. Mr. Kaloust urged them to be always diligent because it is the only way to remain intellectually and spiritually healthy, in order to better succeed in life and in the educational field.

During this event, Mrs. Rachel Kechejian spoke on behalf of the teaching staff. The graduates delivered their speeches and among their artistic presentations, they performed a group song entitled ‘Towards Heaven’, dedicated to the memory of the late Nerses Nersessian.

At the end, the 30 BT and TS graduates were granted their diplomas amid loud applause.