Back from a two-year hiatus 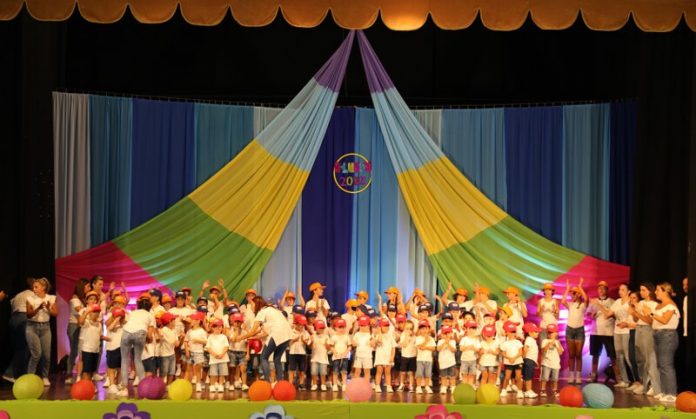 On August 25, 2022, the closing ceremony of the OASIS summer program of the Armenian Catholic Mesrobian Technical College took place in the Boghossian Theater, in the presence of the clergy of the St. Saviour Church, as well as of parents and friends.

The opening of OASIS in 2022 took place on July the 5th. On that day, the Lebanese Armenian children and adolescents» favorite summer program announced its return after a mandatory two-year hiatus due to the Corona pandemic.

The 22nd OASIS was extended over 8 weeks, during which the participating children and teenagers were engaged in sports and other games, painting, handicrafts, singing and dancing in different groups. At the closing ceremony, they presented a splendid artistic program with dances representing the cultures of different nationalities and a bunch of songs, composed by Mr. Manuel Keshishian, who has led the song groups since the founding of OASIS. It was remarkable that his son, the talented musician George Keshishian, succeeded him in conducting the song groups this year. The award ceremony of the winners of the SEMAS calculus competition held within the framework of OASIS took place as well during this same event.

In his closing speech, the Principal of Mesrobian, Mr. Gregoire Kaloust, expressed his satisfaction that after two years of involuntary hiatus, the OASIS summer program returned with its previous energy and fruitfulness, which is a clear message that all the educational activities carried out under Mesrobian’s leadership will continue without interruption, despite all difficulties. On this occasion, he greatly appreciated the dedication of the organizers of OASIS, along with all the staff members and assistants to achieve the best result. Mr. Kaloust also expressed his satisfaction that the SEMAS calculus training was part of the OASIS program, considering its many benefits for the development of the students» intellectual abilities.

This ceremony held in the Boghossian Theater, which was recently thoroughly renovated according to modern standards, was ended with the joyful mood characterizing OASIS, strengthening hope and faith in the future.