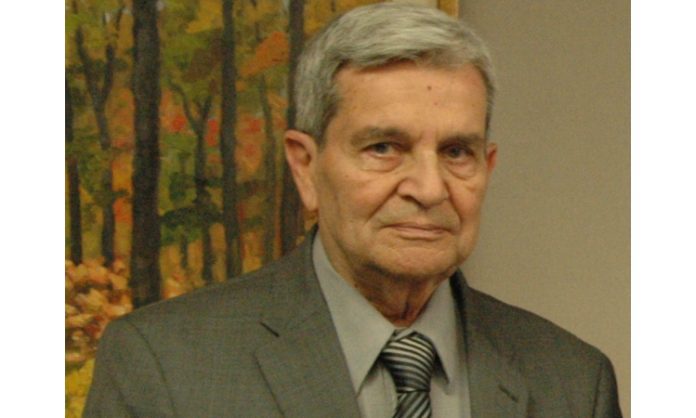 The Loss of Dr. Haroutiun Arzoumanian

The Central Board of Directors of the Tekeyan Cultural Association of the United States and Canada (TCA) is deeply saddened to report the loss of its longtime member and former president, Dr. Haroutiun Arzoumanian, who passed away on December 26 in Montreal, leaving his family, all TCA members, and the Armenians of Canada in mourning.

The legacy of the deceased as a pioneering doctor, free-thinking editor, cultural figure and devotee and leader of the Armenian Apostolic Church is great and irreplaceable.

He was a devoted father and husband to his Armenian family, with three talented children (Zaven, Anahid and Yervant) who grew up and made their family and the Armenian community proud.

In addition to his medical career – where he earned a reputation as a leading scientist – his contribution to the Armenian community in Canada, especially during the years of the formation of the Armenian Diocese of Canada, is considerable.

As a member of the Armenian Democratic Liberal Party, he held senior positions and authored numerous bylaws-related legal documents.

For nearly half a century, he supported the editorial board of the Montreal-based Abaka newspaper, writing editorials in Armenian and English. His articles in Abaka under the penname of Masis are anthologized in a volume entitled Nshmarner which was published in 1988.

In gratitude for his work, the Tekeyan Cultural Association named the hall of its center in Montreal, in honor of himself and his wife, as the Dr. Haroutiun and Sima Arzoumanian Hall.

The best way to remember Dr. Haroutiun Arzoumanian would be as the epitome of modesty and humility.

May incense and prayer be proffered in his memory and due respect paid to his imposing legacy.