Society for Armenian Studies (SAS) Publishes the Late Dr. Vahram Lalayan’s Mystical Perception of the Book of Lamentations by Grigor Narekatsi in the 13th – 18th Centuries 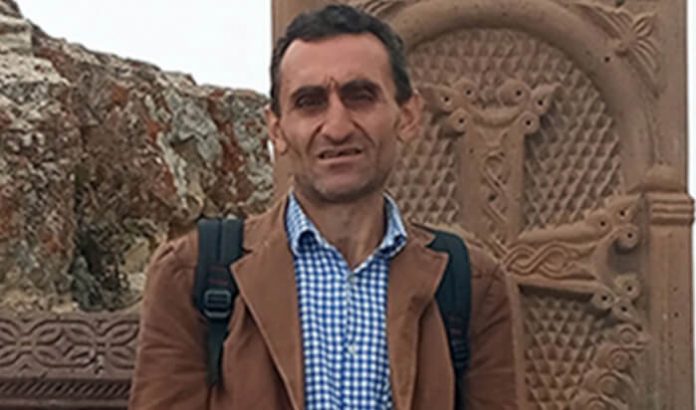 Dr. Lalayan was Killed during the Artsakh War of 2020

“The Society for Armenian Studies (SAS) is honored to have been able to sponsor the publication of Dr. Vahram Lalayan’s book,” stated SAS President Prof. Bedross Der Matossian. “It is the dream of every scholar to see the fruits of their years of hard work published. Unfortunately, Lalayan did not get that chance. As a scholar and a human being, he believed in the cardinal right to defend his land during the Artsakh War of 2020. He believed in the right of the Armenians of Artsakh to self-determination and was killed by the Azeri forces because he chose to remain in his home village. His book on Narekatsi is a testament to his character as a medieval theologian and historian and an Artsakhtsi defending his homeland. His name will remain eternal in the pages of history and for future generations.”

Lalayan’s colleague Dr. Grigoryan commented on the publication saying, “Dr. Lalayan’s contribution to the field of theology and history is of utmost importance. More than ever Grigor Narekatsi’s teachings are relevant today to all Armenians. Lalayan in his book has explored the subtext of the religious identity of Armenians through an analysis and interpretation of the Book of Lamentations. It was Lalayan’s wish to present the final version of his book to readers. Unfortunately, he couldn’t, as he was killed in the 44-day war and his book was published after his martyrdom.” According to Grigoryan, Lalayan has made an important contribution to the field Narekatsi studies and his research will be an important source to future generations of scholars.”

The publication of Lalayan’s book is the first result of a memorandum of understanding for cooperation in different aspects of academia signed earlier this year by SAS and the Narekatsi University in Artsakh. To order a copy of the book please click on Taran Krakhanut – https://daran.company.site/

If you would like to support SAS’s cooperation with Narekatsi University please contact Bedross Der Matossian @ bdermatossian2@unl.edu.

The SAS, founded in 1974, is the international professional association representing scholars and teachers in the field of Armenian Studies. The aim of the SAS is to promote the study of Armenian culture and society, including history, language, literature, and social, political, and economic questions.